The Jaguar XJ-S (later renamed XJS) is a car you either love or hate. At the time of its introduction in 1975, its styling was considered too forward-looking, while at the end of its lifecycle in 1996 it was already considered a classic. At the time of writing, even the youngest XJS is more than 20 years old, while the older XJ-S models are over 40. With many different versions around there are substantial differences in character, although they all share a level of smoothness and sophistication that is matched by very few other cars. Having evolved from the Jaguar E-type and having served as a blueprint for the Jaguar XK8 and Aston Martin DB7, the XJS is often misunderstood. It is about time to give it some extra credit. 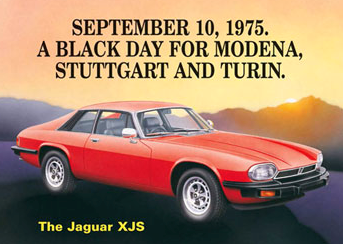 Jaguar's launch poster was not quite modest

For a long time, the XJ-S stood in the shadow of its legendary predecessor, the E-type. It is wrongly considered to be the E-type's successor. Instead, it was more of a GT, an evolution that was started when the Series 3 E-type received its silky smooth V12. Except for its drivetrain, the XJ-S did not look like anything close to an E-type. It lacks the dramatic elegance of the earlier Jaguar sports cars and does not have the classical looks of the Jaguar XJ sedans, that the public came to associate with Jaguar's distinctive image. Whereas the XJ-S's styling was definitely  brave and forward-looking, the design of the later XK8 was clearly inspired by the curvy lines of the E-type. This was an era where retroism dominated the design of many sports and luxury cars. As the XK8 aged, potential buyers of modern classics have overlooked the XJS and chose the retro XK8. With modern Jaguars having finally taken on a more radically different styling, the distinctively different XJS is on the up. 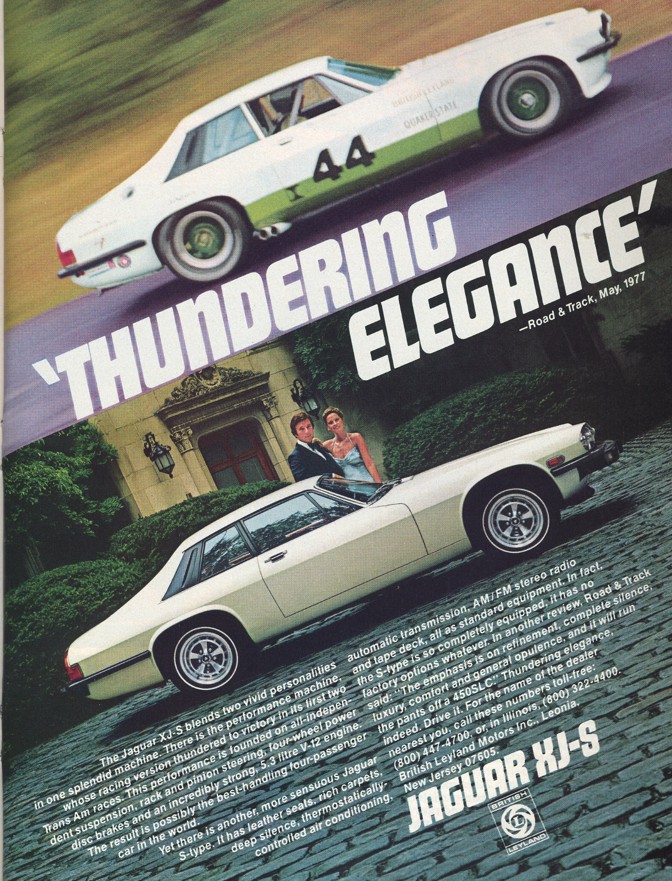 Evolution of the Jaguar XJ-S and Jaguar car design

The XJ-S stayed in production for more than 20 years, seeing the company evolve through its most difficult period. At the time of introduction, it was built in an antiquated factory that still mostly relied on tooling from the 1950's. Reliability issues and a heavy thirst almost led to its discontinuation at the end of the 1970's, but the introduction of the modified High Efficiency engine attracted buyers again in the early 1980's. It wasn't until Ford Motor Company invested heavilly in modernisation and quality improvements that a more refined 3rd version of the XJS (note the different spelling) came into existence. Quality wise, the car had now overcome most (if not all) of its earlier issues. Rust prevention was also on a much higher level, while the electrics had finally become reliable. For a long time, these were the best Jaguars ever built.

The design of Jaguar cars however, got neglected under the umbrella of Ford. One could say that Jaguar's design department had lacked sheer courage for a very long time, basically eversince the XJ-S was introduced. The XJ's basic design was still inspired by the XJ6 Series 1 from the late 1960's. Not a bad source of inspiration, just not really worthy of a company like Jaguar, of which all of its classics had a forward looking design philosophy. Worst of all, the newly introduced X-type and S-type shared a platform and many technical components with the Ford Mondeo and Lincoln LS. So much for a distinctive character, Jaguar was now spitting out badge-engineered McMotors.

This came to an end when the first new cars under design director Ian Callum introduced a radically modern look. The new XK and XF came out shortly before Tata Motors took over, marking the beginning of a whole new era in Jaguar's history. In hindsight, the XJ-S had been the last truly brave and forward-looking design that came out of Coventry for a long time. 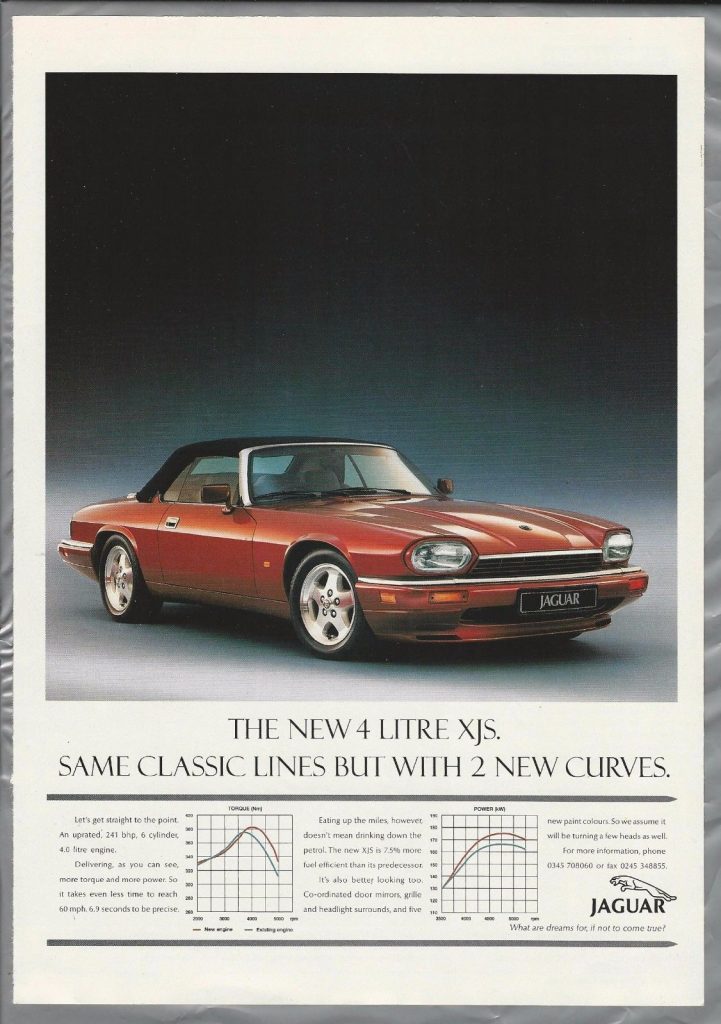 The XJS as an appreciating classic

Many enthusiasts agree that the XJS gets better with age, confirmed by recent increases in market value. In our opinion, the Jaguar XJS is still underpriced though and we expect values to keep rising as more and more people are getting used to Jaguar's more modern design philosophy. It will never be as desirable as an XK 120 or E-type, but it has finally stepped out of the shadows and is now appreciated for its differentness and significance in Jaguar's history.

Looking for a Jaguar XJS to buy?

Dandy Classics specialises in british sports and GT cars, like the Jaguar XJS. Take a look at our current stock, by going to our collection page.

Read more about the Jaguar XJS: